↓
Home Menu ↓
Skip to primary content
Skip to secondary content
Home - The Latest - Sermon: Who Do You Say that I Am?

Sunday 16 September 2018
The Seventeenth Sunday after Pentecost, Lectionary 24B 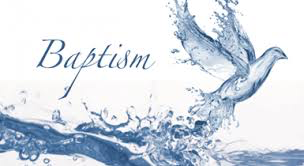 It’s not what we would normally expect from Jesus, but here in the Gospel of Mark today, Jesus seems to be having an identity crisis. We’re used to thinking that Jesus is all-knowing, that he has everything under complete control, that he is entirely sure about his own mission and already understands everything that is happening and will be happening around him. That is certainly how the Gospel of John describes Jesus. He knows everything. He is in absolute control.

But the Gospel of Mark tells a very different story. For Mark, Jesus is a much more human figure. He doesn’t always know what is going on around him. He shows a greater degree of human weakness. He seems to draw his power from the faith of the people he is interacting with.

In Mark, Jesus goes on a journey of faith. It starts when he is baptized by John. As he comes up out of the water, he sees a vision of the heavens being torn apart and the holy spirit coming on him like a dove, and he hears a voice saying, “You are my beloved son. In you I am well pleased.” Immediately after that, the spirit drives him out into the wilderness for forty days, where his faith is tested. Having heard the words from heaven, Jesus suspects that he must be the Messiah. But he knows something that no one else in the story seems to know. He knows that the Messiah is not going to be a wildly successful king who will raise an army and throw out the Romans who are occupying Israel. That’s what people thought the Messiah would be: a glorious military leader. But Jesus knows that the Messiah is going to have to be betrayed, suffer, and die. The Messiah is going to have to be a failure before he his vindicated.

And it’s that reality that Jesus is struggling with in the first half of the Gospel of Mark. Am I really, really the Messiah? If I am, then I’m going to have to die.

This is why he’s asking the questions that he asks in the passage we read to today. He really is trying to sort things out. “Who do people say that I am?” he asks. “They say that you’re John the Baptist, or Elijah, or some other prophet.” That doesn’t match with Jesus’s self-understanding. He knows that he’s not just another prophet. The crowds have misunderstood him.

So he asks another question, “Who do you say that I am?” Peter answers for the group: “You are the Christ. You are the Messiah. You are the anointed one.”

This confirms what Jesus knows about himself, but it immediately produces a conflict. Peter and the disciples are sure that the Messiah is going to be a military leader. They are ready to rise up with him. But Jesus knows it’s going to go the other way. That’s why he tells them to be quiet about his identity. That’s why he starts talking about suffering and death. Peter tries to talk him down, but Jesus knows who he is now. He is the Christ. He is going to suffer and die and then be raised. He understands his identity, and he has accepted it, along with all of its consequences.

Sociologists suggest that there three basic kinds of identity. There is our public identity: who do people say that I am? What is the version of you that people can see out in the world. That’s what Jesus asks about first.

Then there is in-group identity: who do my people say that I am? It could be your family, your close friends, your colleagues. That’s the second question Jesus asks: who do you say that I am?

Finally, there is personal identity: who do I say that I am? What is my self-understanding? How do I know that I am me?

And in this story, these are the three identities that Jesus is struggling with. He’s not who the world says he is. His public identity doesn’t match his private identity. He is what his disciples say that he is. His in-group identity matches his personal identity, at least so far as they both think that he is the Messiah. But they don’t entirely match, because Jesus and his disciples don’t agree about who and what the Messiah is.

Jesus isn’t the only one who struggles with identity. So do we. Sometimes—probably most of the time—there is some distance between our three types of identity.

For example, sometimes our personal, private identity doesn’t match with our in-group, family identity. As children grow up, there almost always comes a time when they struggle with their parents about who they are. Just like The Fresh Prince told us back in the 90’s, “Don’t try to argue, parents just don’t understand.” Part of parenting is releasing your grip on your child’s identity, letting them grow up to be what they will instead of trying to force them to be what you want them to be, or what you wish you would have been at their age.

And identity is even more complicated now than it was in the ancient world. For them, knowing who your family or knowing what city you came from was usually enough to understand who you were. In our world, the lines between personal, public, and in-group are blurred. When I post on Facebook or Twitter, who am talking to? Am I just reflecting my inner feelings to myself, like in a diary? Or am I talking to my family and friends, like in an intimate conversation? That’s what it often feels like. But in actuality, everything I post is ultimately public. Once it’s out there, it’s there for anyone to find, and it can’t be taken back. Now the employer I interview with ten years from now can find out things about my inner life that in previous generations would have been known only by my closest friends.

But the reverse is also true. The world can impose several different identities on me. That simple question, “Who do people say that I am?” can be very complicated. Which people are we talking about? Where are they getting their information? The world is a big place, with lots of different viewpoints. And in our changing media environment, it is increasingly difficult to agree on anything. It is difficult even to agree on what facts are, let alone how we understand any given person.

So who does the world say that I am? Am I my job, my vocation? Am I the school that I went to, or my grades, or my SAT score? Am I my political party? Am I my race, my gender, my sexual orientation? Am I my nationality, my immigration status? Am I the club that I am in? Am I my bank account, my investment portfolio? Am I the sports team that I root for? Am I the clothes that I wear, the car that I drive? Am I the food I eat, the exercise that I do? Am I the music I listen to? And what will people think if I reference a lyric by Eminem, who says, “I am whatever you say I am, if I wasn’t then why would I say I am. In the paper, the news, every day I am. I don’t know, it’s just the way I am.” Who do people say that I am?

Who does God say we are in baptism? God says that we are beloved children. The same words God speaks to Jesus, God speaks to us, as well, “You are my beloved child in whom I am well pleased.” We are adopted into God’s own family. That means that we are sisters and brothers with one another, and with all who claim the name of Christian. We are connected to each other. We owe each other love and support. Each one of us, in baptism, is claimed by God, forgiven, accepted, and loved. And each of us, in baptism, is sent into the world, to share God’s love with others.