November 10, 2016 | A Pastoral Letter from Bishop Stanovsky: In the Wake of the Election

During the two-year presidential campaign, tension built across our nation like it does as you wind up a jack-in-the-box. Then, SURPRISE, the polls closed and what seemed impossible had happened. Donald Trump was elected the next President of the United States. Half the country is elated beyond their wildest dreams. The other half is reeling in disbelief. Most of us on one side of the divide don’t know many people on the other side.
I’m less interested in what kind of president Donald Trump will be than in his election as a symptom of a grave illness in our nation.

Can it be in 21st century America, that many of us no longer have substantive conversations with anyone who isn’t very much like us in education, income and world view? Have we become separated, red from blue, without even realizing it until this most unexpected election? 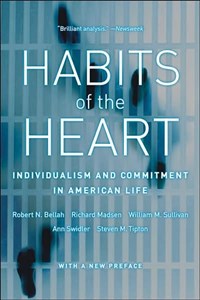 More than twenty years ago, Robert Bellah described how Americans were adopting Habits of the Heart (the title of his 1985 book) that lead us to live in “lifestyle enclaves” of people who share our values. Once most Americans lived in families, in communities, in churches not of their own choosing. Relating to your neighbors, whether you liked them or not, was a given. Identity and community formed in relationships that were given by circumstance. Over time, industrialization and urbanization, military service, and increased mobility all loosened the ties to land and local community. Increasingly people chose who they related to. Increasingly we have chosen to relate to people like ourselves.

In our chosen “lifestyle enclaves,” we no longer mix it up with people who are different from ourselves. Rather, we limit our social relations to people who reinforce our preferences. Pretty soon we don’t even see or take account of people who aren’t like us. In 1985, Bellah couldn’t have anticipated the ways social media now makes relationships even more voluntary. Today, if you aren’t interested in the dinner conversation, you can take out your smart phone and join another conversation altogether, among people who may never sit at the same table.

Bellah and his associates noted that kinship, religious communities, civic traditions and friendship, are institutions that have held people in relationships not of their choosing. But today, all of these institutions are strained and adapting to quickly changing norms and many of the relationships that rely upon them have come significantly unstitched or changed radically.

What we learned on election night was just how far our alienation from one another has gone. We don’t even recognize each other as American’s any more: “He’s not my President.” “I’m moving to Canada.”

Jesus Christ built community among people who were deeply divided from one another: Jews and Gentiles. Slaves and free. Women and men. He invited his followers to gather all kinds of people together, and help them grow to know and love one another. Jesus is calling us out of our lifestyle enclaves into human community, as surely as he called Lazarus out of the tomb.

How can the church become public again – involved in the public square; a place to talk with one another about what we really care about, what keeps us awake at night, and makes us worried for our children? A place where we turn together to the great mystery of life and love, to give thanks and to ask for mercy, forgiveness, and direction.

There is no better gift for our day than to tear down the dividing walls and invite unlikely conversations among people who think they have nothing in common.

In Ephesians, Paul wrote that Christ “proclaimed peace to you who were far off and peace to those who were near; for through him both of us have access in one Spirit to the Father. So then you are no longer strangers and aliens, but you are citizens with the saints and also members of the household of God.”

May the prince of peace open a way of healing before us.